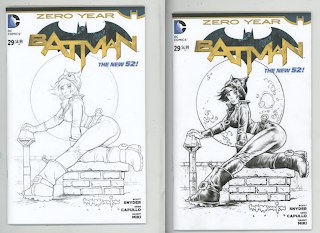 Posted by steve mannion at 7:01 AM No comments:

Postcards for the shoppes!

Comic shops can contact us here for freee promo postcards! Thanks a lot! stevenmannion.mannion@gmail.com 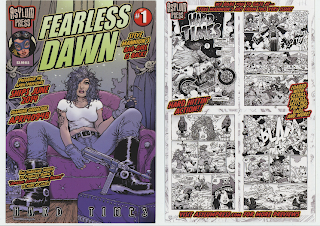 Posted by steve mannion at 1:48 PM No comments: 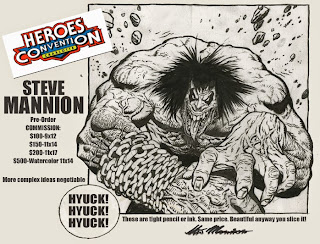 Sketch Covers $100 also. We do real nice job man! Email us HERE: stevenmannion.mannion@gmail.com
Posted by steve mannion at 7:53 AM 1 comment:

THE NEW FEARLESS DAWN BOOK: HARD TIMES #1--IS HERE! Well, not here--not yet--you need to preorder from your local comic store!  It just got a STAFF PICK from the good guys at Diamond Comics!  So do yourself a favor and pre-order before their sold out--You have to do it by April 23rd, 2014 to give your store owner the time to place the order.

In the meantime--here's a preview-- 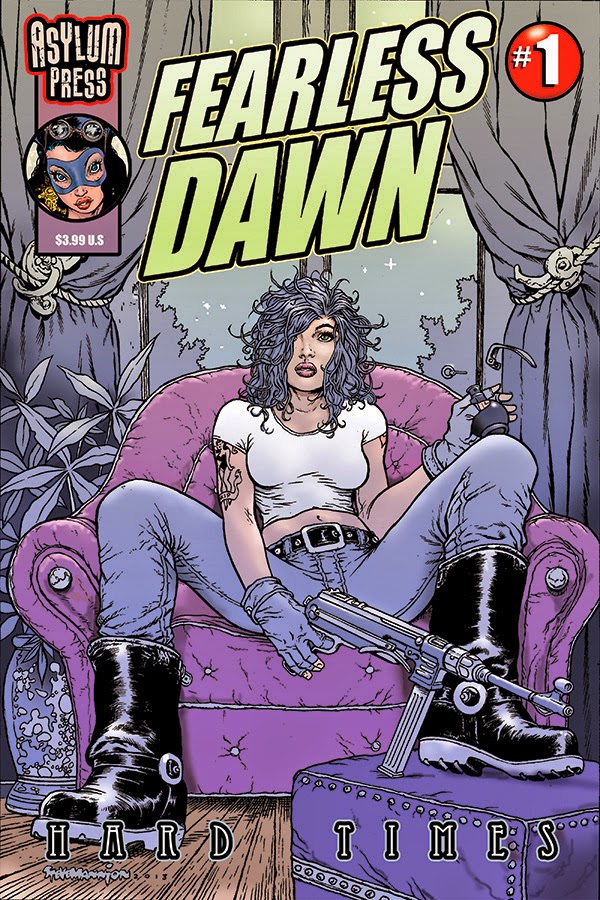 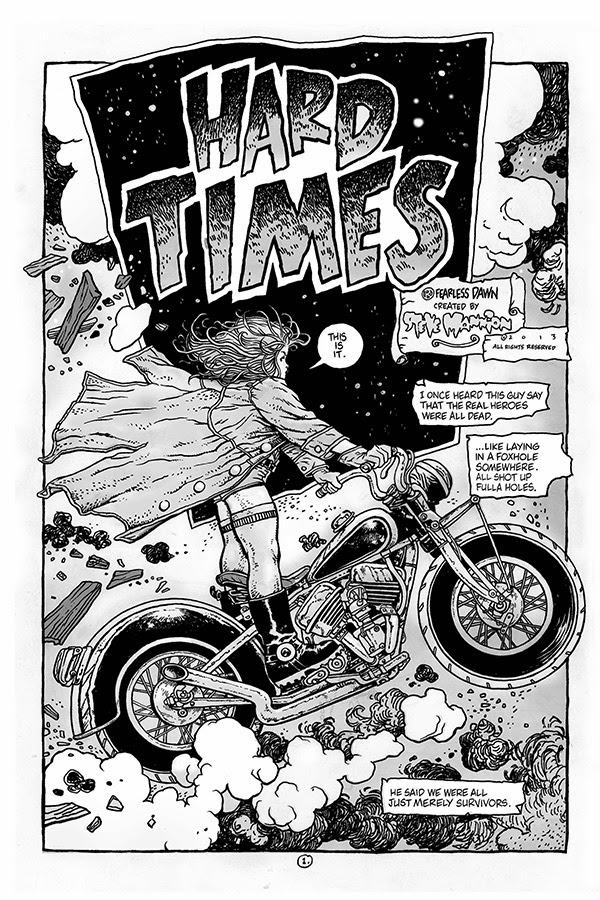 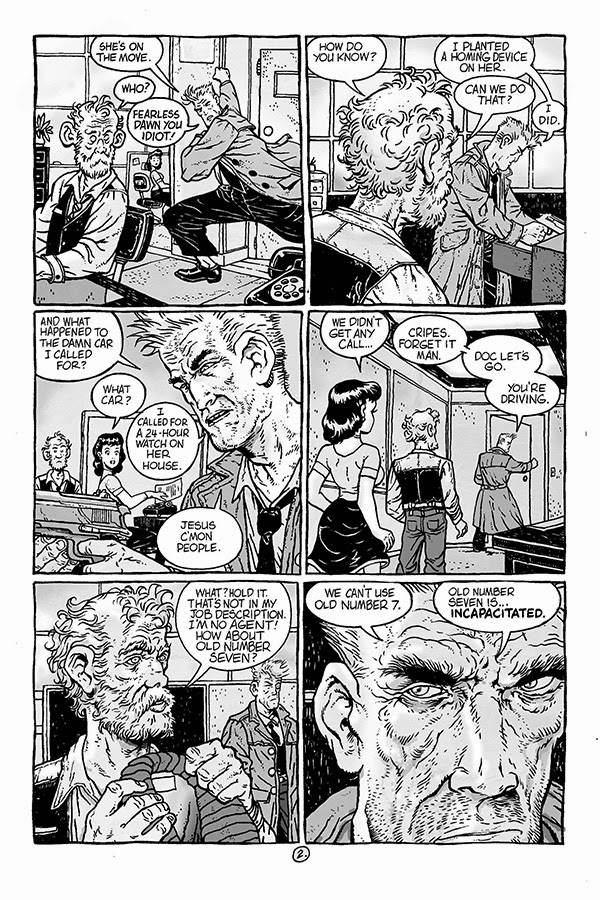 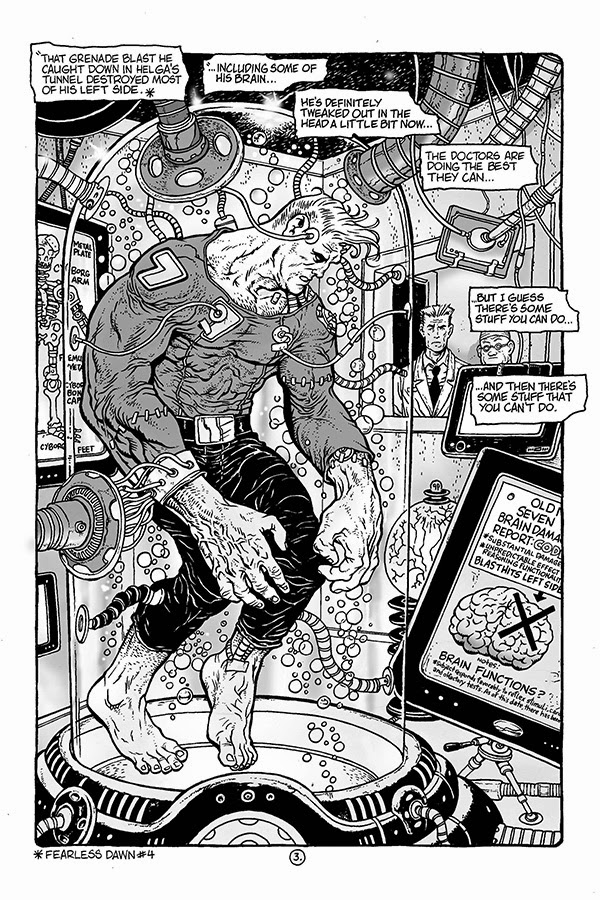 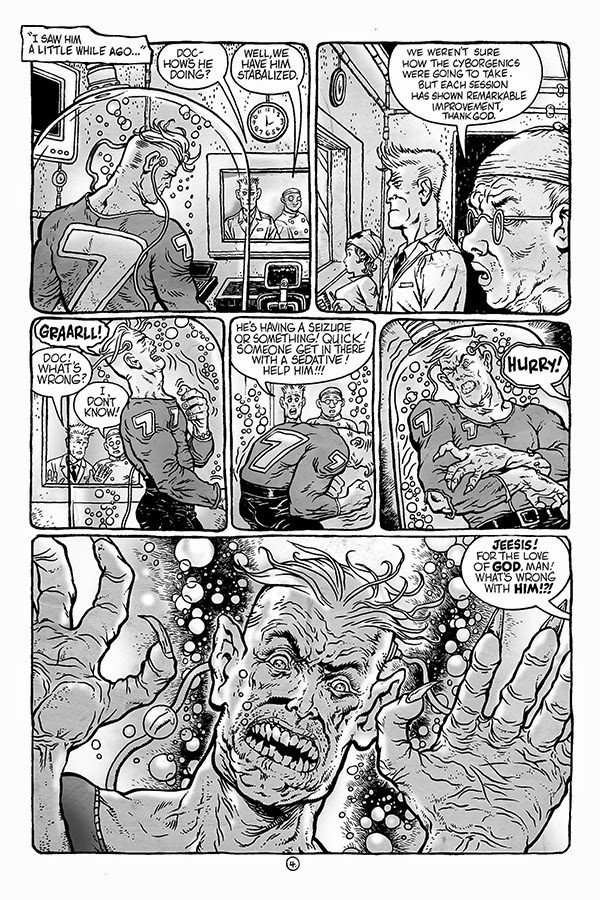 Synopsis: The thrilling sequel to Fearless Dawn's "Jurassic Jungle Boogie Nights" is here at last!  In an attempt to leverage some bargaining power, the evil HELGA VON KRAUSE kidnaps Fearless Dawn's canine companion, Dogface. But the trick takes an unexpected turn. Fearless Dawn has become a menace to herself and others! Fans of the Rocketeer, The Goon, and MAD Magazine are sure to get a kick out of this series, from the inimitable mind and pen of Steve Mannion!   ALSO features a "Manly" Mannion sketchbook section.

Publisher: Asylum Press
The last time we saw Prissy Jones, aka Fearless Dawn, things were not going well for her. During a botched mission Fearless Dawn was helpless to watch her friend Betty takes a bullet in her skull and, while still grieving the loss, she woke to find that her Nazi arch nemesis Helga Von Krause has kidnapped her little canine companion, Dogface. Unfortunately for the Nazis, Fearless Dawn’s coping mechanism seems to be pumping Nazis full of as many bullets as possible!
While the tone of this title might be darker than other Fearless Dawn books we’ve been treated to recently, Steve Mannion’s artwork lightens the mood with quirky and fun character designs that make the book a pleasure to read. In what other series can you read about moonbase Nazis, super model secret agents, mad scientists, and genetically engineered zombie monsters?
Be sure to pick up Fearless Dawn: Hard Times from Asylum Press as our heroine takes on the whole Nazi army and won't stop until she puts them in the ground or she dies a hero.

Posted by steve mannion at 4:55 AM No comments: